Something is Rotten in the State of Denmark

The events of these past few months, with images of protests from around the country, competing ideas about race and the nature of justice in our political system are reaching us at breakneck speed as a disjointed mosaic. New information hits us daily in a persistent staccato from our media feeds. Some of us struggle to piece it back together as something close to whole and connect it to things of real meaning. But whether or not we succeed in making any sense of it all, this new movement with the refrain #BlackLivesMatter forces us all to look at the glaring truth of racial inequity in this country. Because I’m the child of a Shakespeare professor, it’s this verse that keeps running through my head this year: Something is Rotten in the State of Denmark. 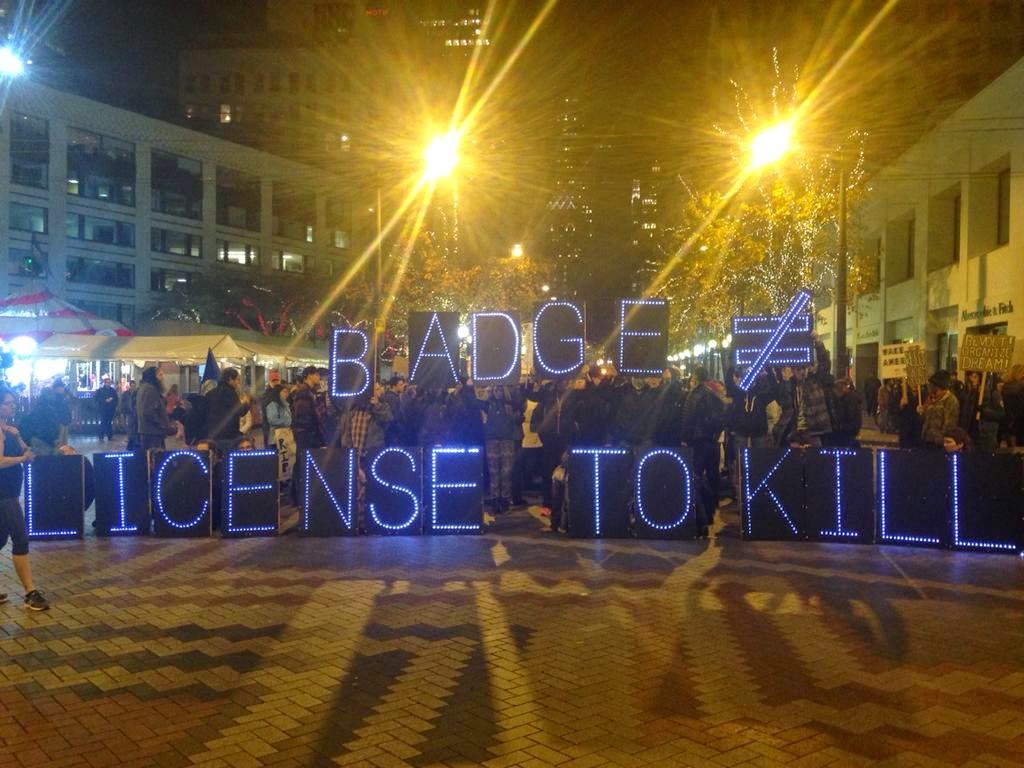 I have read the familiar refrains about personal responsibility, passed around to a mostly white readership on Facebook. One video in particular that is making the rounds is titled “Black Man Issues EPIC Rant to ‘My Black People.’” I don’t dispute this man’s right to his opinion, but the only people that have seem sharing and posting their rapt approval in all caps, are of the fair-skinned persuasion. It’s as if people are grasping at any message that will make them feel like they are not the ignorant beneficiaries of a corrupt system. One can’t seriously make the argument that Akai Gurley, who was shot while walking in a stairwell with his girlfriend should have taken responsibility for his own life, or just kept out of trouble. In other social media circles, the new racist term “thug” has replaced the older more obvious terms of derision, insinuating that if people just stayed out of trouble, they would still be alive. Again, a 12-year-old child is shot while playing with a toy gun within two seconds that police arrived; this was because he was breaking a law? Even in cases where a law might have been broken, are things like traffic violations, selling cigarettes and stealing cigarillos punishable by death without due process now? The protest that has started in Ferguson and turned into a movement isn’t about blaming white people, it is about all of us expressing solidarity with the bereft, acting as witnesses to injustice, and reaffirming the dignity and value of black lives.

Much has been said about economic disparity. This is a more valid point since, according to a study published by the Brookings Institute, between 1974 and 2004 there was no progress in reducing the family income gap between blacks and whites. “In 2004, the median family income of blacks ages 30 to 39 was only 58 percent that of white families in the same age group.” In the state of Missouri a study conducted by ArchCity Defenders and organization devoted to providing legal council to the poor decried the increasing criminalization of poverty. Their clients reported being jailed for the inability to pay fines, losing jobs and housing as result of the incarceration, being refused access to the Courts if they were with their children or other family members. Even before the death of Michael Brown ignited a maelstrom of anger and unrest, this report singled out three courts, Bel Ridge, Florissant, and Ferguson, as chronic offenders that “serve as prime examples of how these practices violate fundamental rights of the poor, undermine public confidence in the judicial system, and create
inefficiencies.”

The words they wrote in their white paper are incredibly insightful and prophetic in the context of ensuing events:

“Overall, we found that by disproportionately stopping, charging and fining the poor and minorities, by closing the Courts to the public, and by incarcerating people for the failure to pay fines, these policies unintentionally push the poor further into poverty, prevent the homeless from accessing the housing, treatment, and jobs they so desperately need to regain stability in their lives, and violate the Constitution. These ongoing violations of the most fundamental guarantees of the Constitution are the product of a disordered, fragmented, and inefficient approach to criminal justice in St. Louis County.

Furthermore, they found that the the amount collected through the municipal courts seems to be inversely proportional to the wealth of the municipality. In the City of Pine Lawn, for example, which is 96 percent black, and has a per capita income of $13,000, the city collected more than $1.7 million in fines in 2013. In the state of Missouri, African Americans are pulled over at a rate 63% greater than expected based on their proportion of the driving population. These statistics shed light on the perception of many African American citizens that the justice system is rigged against them.

This takes place on the national level as well. The Sentencing Project reports that more than 60% of the people in prison are racial and ethnic minorities. For black males in their thirties, one in every ten is in prison or jail on any given day. These trends have been intensified "war on drugs," two-thirds of all persons in prison for drug offenses are people of color.

I’m not even going to get into gun control legislation, who gets to own firearms legally and the rate of which military gear is flowing into police barracks around the country.


The Montgomery Bus Boycotts were 381 days. Today is 122 days that Mike Brown has been dead. Y'all, we just getting started. #Ferguson
— deray mckesson (@deray) December 8, 2014


It’s like the perfect storm. Seriously, take a group of Americans who have been hit worse than many during an economic downturn, subject them to harassment, violence, and death by an increasingly undereducated and overarmed, largely white police force, and yeah. It will feel to those Americans like legally sanctioned lynchings. If Missouri Governor Jay Nixon and prosecutor Robert McCulloch had sat down and planned out how to stir up the most anger possible, they could not have done a better job. By the time we learned about the decision not to prosecute for Eric Garner’s death many felt ready to throw up their hands in despair. I know I did.

In 1985 a classmate of mine from Phillips Exeter Academy named Edmund Perry was shot and killed by an undercover policeman in Harlem. The event sparked protest and nationwide debate and I, in all my torpid adolescent complacency, remember mostly feeling numb at the time. It didn’t seem real to me that Eddie, the vibrant, smart football star we saw in school every day was now dead. There was a book written shortly afterwards by the father of another Exeter student, Robert Sam Anson, who after taking great pains to identify his liberal credentials before just restating the police narrative. When viewed in the context of 2014, this version no longer seems remotely plausible. You’re a kid who just graduated from the best preparatory school in the country, you’re on your way to Stanford in the fall, and you mug someone? And for movie money? Something smells rotten to me.


Watching the awakening of people via Twitter is amazing
— ShordeeDooWhop (@Nettaaaaaaaa) December 8, 2014 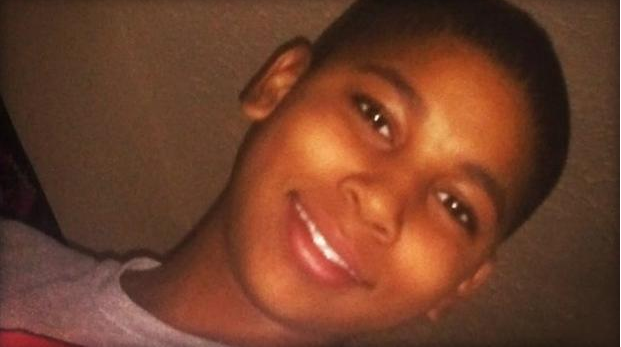 This not about blame, any more than it is about economics alone. This series of protests now constitute a national movement. The challenge of our generation will to confront the horrible remnants of our racist past that persist in our society with honesty and respect. For people saying all lives matter, They do. Human life is a precious gift. Children are amazing miracles, and if all lives truly matter, then we should feel the loss of Trayvon Martin, Tamir Rice and Aiyana Jones as keenly as we do the death of any other child. If all lives truly did matter equally, nobody would need to state it. Something is rotten in Denmark and it is too complex for an easy fix, but approaching the issue with unflinching honesty and sincere compassion is as good a place as any to start.

Blicky Kitty
I guess this blog is named for a poorly-drawn misanthropic feline. But I just love to write. 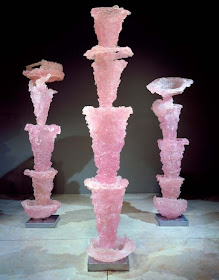 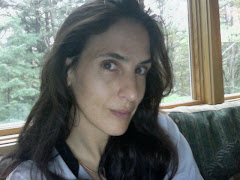 "my fingers are eloquent; they never sweat."
— alice walker

Thank you Blog of the Day Awards!

I'm not guilty, I tell you! 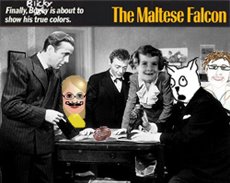 So many smart and fun bloggers out there. Here are a few with readily appropriated graphic identities.